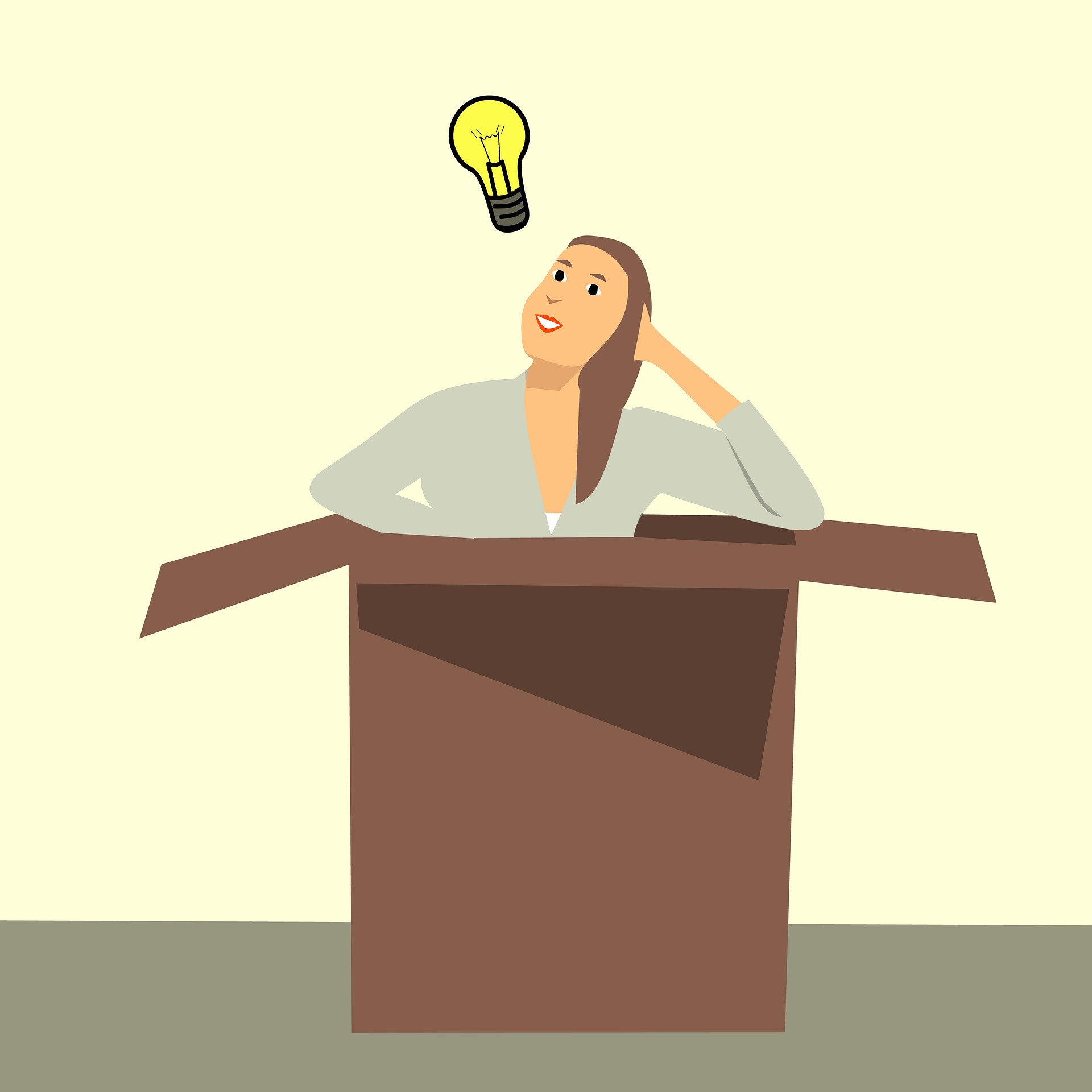 We are sure you have heard the expression “thinking outside of the box”. But what we want you to realize is, is that there is no box. The box is just preconceived notions that people put on themselves and on others. Once you realize there is no box, it becomes much easier to think outside of it. Of course, this is all easier said than it’s done, so sometimes you have to use a few little tricks to get yourself into the right frame of mind. If you look at some of the most creative individuals in the world, you will find that they rarely ever run dry. They never lack for creative thought. Why is that? It’s because that is how they think. Being creative is a natural state of them, is not artificially induced. You are just as creative as they are, you just have to accept it and find out where that creativity is inside of you. Here are some things that will help you start.

Although this may seem silly, as you are not a child, you have to realize that in many ways you are when it comes to creative thinking. Simple riddles like “when a plane crashes on the border between two countries, which side are the survivors buried” will start you thinking in different ways and not making assumptions. In case you didn’t notice it, you don’t bury survivors. Many of the logic questions are good to help you because of opening up the knowledge that you are hampered by preconceived notions. So, you need to get your head thinking around the problem from many different angles, logic questions are a good way to start this. Once you master this, you’ll find that every whodunit on TV, suddenly becomes a lot easier.

Imagine you are someone else.

Sometimes another way to start looking at something from a different way is to imagine you are someone else. Whether that someone is a housewife, an admiral, or a professional fighter, it doesn’t really matter. You have a preconceived notion of how they are, which in this case will work in your favor. You will know they will see things differently than you will, so it gives you a chance to explore more possibilities. We used to know somebody that had a very hard time socializing and speaking with women. But he absolutely loved James Bond films. So, we asked him, “in this situation, what would James Bond do or say”, and he always had a ready answer. While he himself could not come up with something to say, he could always tell you what James Bond would say. Once he realized that he could wear the James Bond hat, so to speak, he became quite social and was never at a loss for words. After a short period of time, he no longer needed to imagine James Bond, he was just himself. He had learned to look at things in a different way.

One of the things we used to do to get thinking in a different way was to go to the bookstore and buy a magazine. But the magazine we would buy was always something we had no idea about, and no interest in. Whether it be fly-fishing or needlepoint, it didn’t matter. We would buy the magazine and read it. We would always find it fascinating, even though we had no interest in that subject before. If there is a magazine published on something, then you know there are a million people that are interested in it. It’s just your unfamiliarity with the subject that makes you uninterested. It’s not that we’re suddenly going to take up needlepoint, but it puts us in their mind so we can see why they enjoy it and what’s interesting about it. Again this makes us think in different ways. The more flexibility you have in your mind the less problem you have on being creative

Ask yourself strange questions about whatever you’re working on. We usually go for the opposite of something. How fast can it go? We ask how slow it can go. It’s hard and shiny? What happens if you make it soft and fluffy? Ask yourself different questions that make absolutely no sense at the time about whatever you’re doing. How big can you make it, how many can you make, how fast can you make it, anything to get you thinking about it in a different way. You would be quite surprised at different thoughts that will appear when you start doing this.

This is a brilliant way to come up with new ideas. If you don’t have anybody else to brainstorm with, you can brainstorm with yourself as long as you speak out loud. The act of speaking out loud will activate more sections in your brain as it hears the words as well as you think them. That is why brainstorming with others works so well. The first rule about brainstorming with others though, is there are no stupid ideas. No matter how silly or ridiculous it is, you never criticize it. You might find a reason why it won’t work, but then try and think of a reason you can make it work. If you stay within the straight and narrow and do not go for the strange and bizarre, you will never get out of the straight and narrow. You need to break out into the unusual before you can see the creative that will work. A good example of this is the fashion industry. The fashion outfits that you see that are cutting edge, are never going to be worn anywhere. But those outrageous designs are then calmed down and made into something that most people will wear. If you do not stretch your brain, it will have nothing to snap back to.

The core thing about thinking outside of the box and creativity is that there are no rules. Do not limit yourself by anything. Even if it seems a silly thought, explore it. How would you get to the moon? Try and realistically think of a way. Even though you’re never going to go to the moon, the fact that you’re trying to think of a way and taking it seriously will open other things up in your mind for other projects. The mind is an incredibly powerful tool, but if you don’t let it off its leash sometimes, you’re never going to get anywhere.